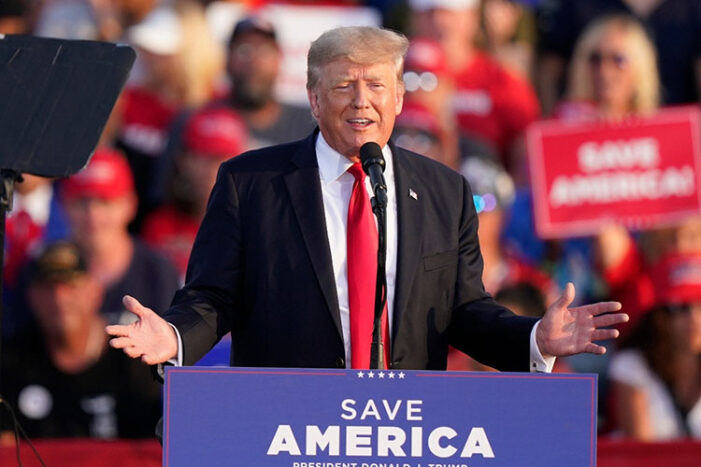 In the 1960s, God and NASA worked together naturally

July 15, 2016 The first mission to fly around the moon was Apollo 8 in 1968. … As they successfully went into lunar orbit, astronaut William Anders snapped the famous Earthrise photo that was printed in Life Magazine. As Apollo 8’s three man crew looked down on the earth from 250,000 miles away on Christmas […]

‘Big bang’: The surprising case science is making for God

By Eric Metaxas, Wall Street Journal In 1966 Time magazine ran a cover story asking: Is God Dead? Many have accepted the cultural narrative that he’s obsolete—that as science progresses, there is less need for a “God” to explain the universe. Yet it turns out that the rumors of God’s death were premature. More amazing […]

Pope says creation was scientific: God isn’t ‘a magician with a magic wand’

The theories of evolution and the Big Bang are real and God is not “a magician with a magic wand”, Pope Francis has declared. … Francis explained that both scientific theories were not incompatible with the existence of a creator – arguing instead that they “require it”. “When we read about Creation in Genesis, we […]

Earlier this week, my friend and fellow YogaBrains contributor Derek Beres shared a shocking statistic on my Facebook wall: Over half of Americans do not believe in evolution. According to a recent Gallup Poll, approximately 46 percent of Americans believe in creationism, 32 percent in “theistic evolution” and only 15 percent acknowledge the reality of […]

Why Higgs boson, the ‘God particle’, is a big deal

According to a theory developed by Peter Higgs and five other physicists in the early 1960s, particles acquire mass by interacting with a field (the Higgs field) that permeates all of space. Particles such as top quarks that interact strongly with this field have a high mass; those that interact weakly (such as electrons and […]

If God is dead, America is in trouble

By Jeffrey Kuhner, Times247.com The younger generation is becoming godless. Increasing numbers of Americans under the age of 30 are skeptical about the existence of God. This will have profound repercussions upon our society, fostering moral disintegration and the eventual death of our Judeo-Christian civilization. Traditional America is dying. In its place, a new liberal […]

‘Prometheus’ and the boundaries of science

In his online column, New York Times science writer James Gorman gives his humble scientific opinion on the Ridley Scott sci-fi thriller Prometheus, which opened in theaters last Friday. It’s “creationism for geeks,” he says, the type that science-fiction writers and scientists have long indulged in. He’s quick to point out that this type of […]