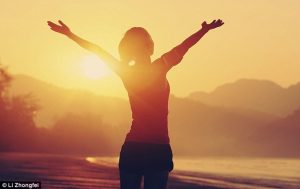 June 28, 2016 By Andrew M. Seaman Gay, lesbian and bisexual individuals reported more health problems than straight men and women, in a large U.S. survey. For the first time since its launch in 1957, the National Health Interview Survey in 2013 and 2014 included a question about sexual orientation. With nearly 69,000 participants, the […]

Gene blame game: Current lifestyle abuse could be passed on to future generations

Genetic faults caused by trauma, poor lifestyle or environmental stress can be passed down to future generations, scientists at the University of Cambridge have discovered. … Although the same genes are passed down through generations, scientists now know that our DNA is being altered all the time by environment, lifestyle and traumatic events. It is […]

The good, the bad and the … well that pretty much sums it up

Great literature and theater rivets its audience with the universal dynamic no longer recognized as such in polite society: the murderous war between Good and Evil. Consider Lyme Disease. Modern medicine, after all, will not. Nor will health insurance programs recognize its devilish spirochetes. Stephen Buhner, author of the groundbreaking 2005 book “Healing Lyme: Natural […]

Being a parent reduces your risk of catching a cold — possibly because of unknown “psychological or behavioral differences between parents and nonparents,” according to a study in the July issue of Psychosomatic Medicine, the official journal of the American Psychosomatic Society. The risk of becoming ill after exposure to cold viruses is reduced by […]

Immune system could be factor in protecting against Alzheimer’s

Recent work in mice suggested that the immune system is involved in removing beta-amyloid, the main Alzheimer’s-causing substance in the brain. Researchers have now shown for the first time that this may apply in humans. Researchers at the Peninsula College of Medicine and Dentistry, University of Exeter with colleagues in the National Institute on Aging […]