No, ‘Rogue One’ isn’t anti-Trump; It’s about selfless sacrifice and ‘hope’

December 28, 2016 Let’s be clear — “Rogue One: A Star Wars Story” won’t replace “The Empire Strikes Back” as the best film in the beloved franchise. That doesn’t mean “Rogue One” isn’t both satisfying and grittier than any film in the “Star Wars” canon. … We finally learn how those Death Star plans were […]

Aug. 1, 2016 [CLICK ON IMAGE FOR HIGH RESOLUTION, NASA/JPL-Caltech/Space Science Institute] What’s behind Saturn? The first answer is the camera itself, perched on the Cassini spacecraft currently orbiting behind the planet with the most grand ring system in our Solar System. The unusual perspective places Cassini on the far side of Saturn from the […]

View from and of a robotic observatory in the Canary Islands

[CLICK ON IMAGE FOR HIGH RESOLUTION, Mads Fredslund Andersen, Stellar Astrophysics Centre, Aarhus Univ., Denmark] Near first quarter, the Moon in March lights this snowy, rugged landscape, a view across the top of Tenerife toward La Palma in the Canary Islands Spanish archipelago. The large Teide volcano, the highest point in Spain, looms over the […]

Meanwhile, on Mars it’s just another day, but where does Curiosity go for a tire change?

By Cosmic Tribune on May 4, 2016   Astronomy, Impacting, Mars, Out There, Planets, Robotics, Telescopes, Time and Space

[CLICK ON IMAGE FOR HIGH RESOLUTION, NASA, JPL-Caltech, MSSS] Where is NASA’s rover Curiosity going on Mars? Its geographical goals are on the slopes of Mount Sharp, whose peak is seen in the background on the right. A key scientific goal, however, remains to better assess when and where conditions on Mars were once suitable […]

Home away from home

[CLICK ON IMAGE FOR HIGH RESOLUTION, STS-132 Crew, Expedition 23 Crew, NASA] The International Space Station is the largest object ever constructed by humans in space. The station perimeter extends over roughly the area of a football field, although only a small fraction of this is composed of modules habitable by humans. The station is […]

After 14-year dance with Saturn, Cassini prepares for grand finale

[CLICK ON IMAGE FOR HIGH RESOLUTION, Cassini Imaging Team, SWRI, JPL, ESA, NASA] Cassini, a robot spacecraft launched in 1997 by NASA, became close enough in 2002 to resolve many rings and moons of its destination planet: Saturn. At that time, Cassini snapped several images during an engineering test. Several of those images were combined […] 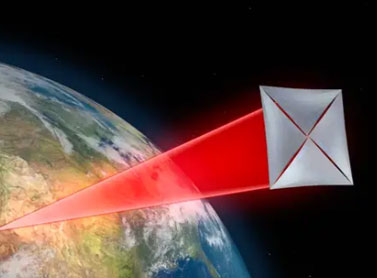