Christianity Today’s coercive measures are directed at those naughty hesitators. Is it becoming less  an outlet for news and culture and increasingly a propaganda platform for religious manipulation and theological abuse? 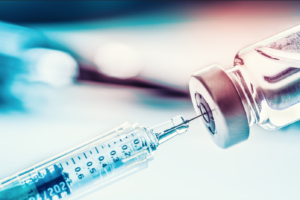 Pawns not only agree with the prevailing narrative, they browbeat their own into compliance. Pawns do not engage controversies with a level of independent thought that brings new understanding and forward motion from the midst of complexity. Rather, they are simple proxies for agendas not of their own devising. This is precisely what we’ve seen over the past year.

Jamie Atan and Kent Annan both Professors at Wheaton College are pushing hard to get more Evangelical Christians on board with Covid-19 vaccines. They see in this a need to follow Christ’s command to love our neighbors by taking the vaccine. Another, J. Todd Billings, Professor of Reformed Theology at Western Theological Seminary in Holland, Michigan, made the rather bold claim in Christianity Today earlier this month that hesitators are disregarding the fact that God gives gifts to prevent harm, and the Covid-19 vaccines are just such a gift. Hesitancy, as Billings sees it, implies an anemic understanding of God as Creator.

However, tell that to the youth under 30 experiencing dangerous chest pains from the Covid-19 vaccines. Rather than offer the conventional quip: “Further investigation is needed, however, to confirm whether the vaccination was the cause of the heart problem,” the authors above fail to address such concerns altogether. And, reports of chest pain is just one of the concerns motivating hesitation.

Before unpacking these claims, it is fair to ask, is there any legitimate reason to hesitate in the first place?

Lets be clear: many of these hesitators are concerned with the safety, effectiveness, and even the necessity of such measures. Lets also be clear that the numbers are not primarily composed of anti-vaxxers or hesitators in general.

Let’s take a look at some of the reasons why. The record pace is one reason. This isn’t a race after all. And, we’re not testing agility, speed, and physical fitness. Testing the safety and effectiveness of vaccines takes time, and this has always been the case historically. There are good reasons for believing the vaccines are still in their testing phase. There is a lot that is still unknown.

What about the deliberate suppression of ivermectin data, which shows its effectiveness?  Undermining the entire legal basis of the FDA’s earlier Emergency Use Authorization is that fact that the therapeutic ivermectin has been shown to be extraordinarily effective against COVID-19, even producing the same outcome in Mexico and India as the widespread vaccination program did in Israel.

Another reason has to do with the documented patterns already. We’ve seen numerous reports of serious side effects—chills, fatigue, dizziness and worse. It is even more distressing that a portion of those refusing the vaccine are those who worked to produce them.

Recent data shows that one of the preferred vaccines, AstraZeneca, causes a rare blood clotting bringing about the death of those under 60, so health officials have recently recommended that only those at the age of 60 or higher should take it. Apparently, the risks from Covid-19 outweigh the potential risks of the vaccine.

Real concerns over damaging side effects of the vaccine on the young are rapidly increasing. Those under age 25 have only a 0.2% chance of hospitalization or death from COVID-19. People under 50 with no comorbidities have fatality rate of somewhere between 0.4-1% .

These concerns are so real that in light of these, in a strange pivot, the Therapeutic Goods Administration has backpedaled from claiming the vaccines are safe to “they are worth the risks.”

Worth the risk for whom? All of this points not to confidence in the safety of the vaccines, but to the fact that they are still being tested.

Maybe these hesitators are down to earth folks using a bit of common sense. Granted, after 2020 government overreach into the lives of Americans, its not unsurprising that the new rollout would encounter some resistance, but we are seeing more than reflexive caution by only a small number of people here and there. So, many are just applying a bit of ancient wisdom they gained from their parents—‘slow and steady’. Seems reasonable.

Given the substantive concerns just listed, Christianity Today and other outlets, like The Gospel Coalition, must have some pretty solid reasons for undermining them. But, do they really?

A closer look at these pieces shows such an alarming lack of substance that they give the appearance of manipulation and religious abuse.

In an from 2017 in Christianity Today, that reflects similar trends that just happen to be propped up more often by the outlet, Harvard Genetics Professor Nathan Barczi offers an ethical argument encouraging the use of vaccines in the wider debate about genetic modification. Barczi builds on God’s providence concerning genetics and the vaccine debate. The worry is a common one of ‘playing God’ to which Barczi responds by playing the providence card.

God has already provided a ‘therapeutic’ means in the vaccines, he reaons. So, basically, you’re off the hook. But anyone who knows their historic theology knows that there’s a difference between God’s permitting something and actively bringing it about.

Jamie Aten is the founder and co-director of the Humanitarian Disaster Institute at Wheaton College and Blanchard Professor.  Kent Annan in an Associate Lecturer at Wheaton College.  They make two claims. First, Christians are to love their neighbor and one of the ways to do this is to take the vaccine for the sake of those vulnerable immune systems.

“As Christians we are called to love our neighbors (Matthew 22:29), and one way we can follow this Biblical teaching is by getting vaccinated against COVID-19. We practice love for others who are vulnerable (Luke 10:27) to contracting this deadly virus by choosing to be vaccinated.”

What follows is simply a string of Bible quotes that are easily adapted to anyone’s pet agenda that favors one’s take on the love wins meme.

Their second claim is simply that science and faith are not opposed.

In other words, Aten and Annan parrot the same simplistic arguments that you should love your neighbor as yourself, and, more that you should favor what the sciences say. It is remarkable that they don’t even attempt to cloak their argument in theological sophistication. This is Sunday school for the kids done badly.

Without delving into the actual data prompting the actual concerns of real people, Aten and Annan’s piece is just an attempt to misuse theology in order to brow beat fellow Christians in favor of a particular agenda. A more egregious misuse comes from an article by another Christianity Today author.

Billings claims that the COVID-19 vaccines can be received as a Divine gift to prevent further harm to ourselves and others. Here his argument is simply from authority—the majority of doctors and scientists heartily endorse the vaccines. Since the majority of doctors does, he believes vaccines can be considered a good gift of God’s creation and should therefore be received without hesitation.

“For evangelicals, the crux of the vaccine question does not hinge upon trust in a particular political party or agenda, but upon our response to God’s workmanship in creation,” Billings writes. “With trust in God as the creator of the complex harmony we observe in the creation, we can receive the vaccine as a divine gift.”

There are obvious examples that cut against this. By this argument lead-based paint might be treated initially as a Divine gift, but we know where that ended. What about the morning sickness drug that caused kids to be born birth defects to their limbs during the 1950’s and 60’s.

J. Todd at least attempts to go for a deeper issue than simply the ‘authorities’ say so—it’s our response to God’s good creation that’s a stake here. Its not just about your lack of knowledge, you really don’t trust God’s handiwork.

Here’s the problem: its not clear how to understand these vaccines as a gift of divine creation. Isn’t the point that “further investigation is needed”? That’s one good reason to hesitate. Billings’ piece is just simplistic dribble cloaked in theological jargon.

Also, what does it mean to be a gift of creation? It’s not like scientists have found a solution from nature. The problem is that vaccines, like other pharmas, are cocktail concoctions artificially injected into the body. It would be one thing if he were arguing that vitamin D should be used, which has been advocated by some. Unfortunately, it appears that support for natural or alternative pharmaceuticals and their effectiveness is censored.

Calling it Divine providence or a result of God’s good creation might hook the Christian reader, but if it fails to take seriously the more detailed concerns of real people, then it’s simply a misuse of theology.

Christianity Today isn’t the only platform employing theological abuse—they may just be the most popular and vocal. It would be one thing if the authors contributed to the knowledge base on how it is that we are approaching this new vaccine(s) by resolving the multiple and complicated internal tensions that are prompted by actual data, but they don’t do that. Instead, they contribute to an already pushy and overbearing culture that demands compliance to one position on an already contentious, complicated, even scary, public policy issue, which strikes close to home.

The Gospel Coalition does something similar, although they attempt to provide a more balanced approach.

In a piece for the latter, Infectious disease scientist Keith Kaufman lectures on why we should except the Covid-19 vaccines “are a good gift from God” and he proceeds to note that he will be accepting one of the vaccines. His view is that the vaccines are gifts from God that might prevent some of lasting effects of humanity’s Fall in the Garden of Eden, of which are diseases and pandemics.  He concludes by saying: “The research seems solid, and I haven’t heard anything that would give me pause as a Christian.”

Kaufman is more congenial to those hesitating, emphasizing unity, compared to some of the earlier examples, but his response reflects a similar simplicity that is theologically abusive. Because he fails to actually deal with much of the data prompting concerns, concluding that there is nothing he can see that is inconsistent with being a Christian and taking a vaccine, he simply dodges the more complex issues that strike close to home.

In spite of seeming to promote an undeniable moral good, the push to ‘neighbor love’ is actually quite abusive, and the rationales from creation and providence are even worse. In the end, these attempts appear to be instances of larger coercive patterns rather than transparent attempts to carefully arriving at truth. They raise questions about the responsible use of theological argument for public policy. It might turn out that the most loving option is hesitate about the Covid-19 vaccine, but you wouldn’t know that from reading outlets like Christianity Today.

COVID-19 vaccines and theological abuse added by rcohlers on June 25, 2021
View all posts by rcohlers →