If you’re a purveyor of recent neuroscience discussions, then you might think that consciousness is just a set of neurons firing in the brain. Nothing more. No soul or spirit behind it. Philosopher Matthew Owen takes this question head-on in his new book Measuring the Immeasurable Mind.  In it he shows that the common assumption in popular media is wildly off the mark. 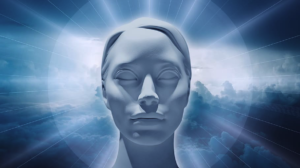 But, what is the claim or set of claims against the existence of the soul, really? Well, there’s a common assumption that the conscious mind is nothing more than neurons firing in the brain, i.e., they are somehow identical. Another more modest claim is that consciousness is just the product of the complex patterns that form when these neurons fire in the brain.

Trained biochemical engineer Max G. Levy describes this more modest claim when he says: “Every thought that crosses your mind has, literally, crossed your mind, as millions of neurons in different parts of the brain chatter with one another… Consciousness emerges from that dialog.”

The possibility finds its footing in the debate over what is called the Neural Correlates of Consciousness (often just called NCC in the neuroscience literature) gathered from brain scans and personal reports of individuals undergoing those scans. And, there is a striking growth of data that aids in our understanding of brain function. This much we should be thankful for. But, despite what is commonly assumed, it is not at all clear that these Neural Correlates of Consciousness suggest that consciousness is the product of them.

The NCC’s are purported to show is that there is no longer a need for consciousness that exists as a distinct thing from the brain—something like what was traditionally called a soul. Neuroscientists Francis Crick, co-discoverer of the DNA double helix, and Christof Koch made famous some of the discoveries of the apparent intimate relationship between NCC’s and consciousness. Crick was one of the notable challengers to the idea that physical or chemical bases for consciousness were sufficient for explaining consciousness—even despite the growing and impressive data collection between brains and consciousness.

Owen develops this notable challenge by showing that we need take careful note of what we are actually gathering from these brain scans of NCC’s.

In the end, Matthew Owen shows us, once again, that there is still a place for the soul despite the claims of some to the contrary.

Has neuroscience any need for the soul? added by rcohlers on July 9, 2021
View all posts by rcohlers →