A new poll found that 60 percent of Americans believe China intentionally unleashed the Covid virus and that the communist nation should be held accountable for the stealth war and subsequent deaths and suffering of millions of Americans. 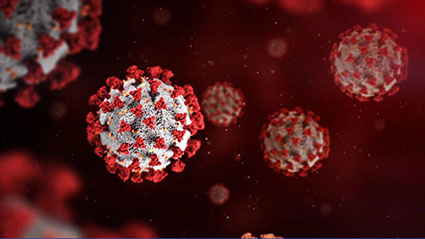 The Committee on the Present Danger: China (CPDC) released the results of the national poll conducted by McLaughlin and Associates on July 27. The poll found:

• 60 percent of those sampled agreed that the Chinese Communist Party deliberately unleashed the Covid-19 virus on the world.

• 60 percent also agreed that the CCP should be held accountable for the deaths of roughly 1 million Americans, the immense economic damage and the loss of personal freedoms caused by the pandemic.

• More than 70 percent said they or their family had been negatively affected by the pandemic.

“What makes these data remarkable — and actionable — is that, for the better part of three years, virtually every media and governmental instrument available has relentlessly disinformed, discouraged and outright ‘cancelled’ such sentiments,” CPDC Vice Chairman Frank Gaffney said.

Particularly noteworthy for those running for elective office at the federal and state level, Gaffney added, is the new poll’s finding that 76 percent said that a candidate’s position on China would be “important” or “a consideration” in their vote.

While officials continue to disagree over the origins of Covid, “there can be no reasonable disagreement over Beijing’s actions once the disease began to spread from Wuhan in central China,” China analyst Gordon Chang noted. “Chinese officials knew for weeks, in December 2019 and the following month, that SARS-CoV-2, the pathogen causing COVID-19, was highly transmissible among humans, yet they told the world it was not. When they finally admitted contagiousness, they downplayed its transmissibility.”

At the same time, Chang added, “the Chinese central government was locking down large portions of the country but was nonetheless pressuring others to accept arrivals from China without restrictions or quarantines. Those arrivals carried Covid from central China to the rest of the world.”