Aug. 1, 2016 [CLICK ON IMAGE FOR HIGH RESOLUTION, NASA/JPL-Caltech/Space Science Institute] What’s behind Saturn? The first answer is the camera itself, perched on the Cassini spacecraft currently orbiting behind the planet with the most grand ring system in our Solar System. The unusual perspective places Cassini on the far side of Saturn from the […]

By Cosmic Tribune on July 29, 2016   Impacting, Out There, Satellites, Space Travel, UFOs

Check out the magnificent M13 globular star cluster with your binoculars

[CLICK ON IMAGE FOR HIGH RESOLUTION, Dean Fournier; Inset: ESA/Hubble & NASA] M13 is one of the most prominent and best known globular clusters. Visible with binoculars in the constellation of Hercules, M13 is frequently one of the first objects found by curious sky gazers seeking celestials wonders beyond normal human vision. M13 is a […]

July 20, 2016 Ben Carson’s speech at the Republican National Convention on July 19 generated great interest with the public and the media. Following is the text of his remarks: “I have to start out by saying one very important thing: I’m not politically correct. And I hate political correctness because it’s antithetical to the […]

In the 1960s, God and NASA worked together naturally

July 15, 2016 The first mission to fly around the moon was Apollo 8 in 1968. … As they successfully went into lunar orbit, astronaut William Anders snapped the famous Earthrise photo that was printed in Life Magazine. As Apollo 8’s three man crew looked down on the earth from 250,000 miles away on Christmas […]

It’s not the economy, stupid; ‘Seek ye first the Kingdom and His righteousness . . .’ 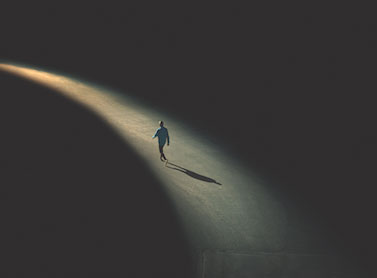 Matthew 6 28 Why are you anxious about clothes? Learn from the way the wild flowers grow. They do not work or spin. 29 But I tell you that not even Solomon in all his splendor was clothed like one of them. 30 [r]If God so clothes the grass of the field, which grows today […]

July 6, 2016 [CLICK ON IMAGE FOR HIGH RESOLUTION, CHART32 Team, Processing – Johannes Schedler] [This telescopic view] features a trio of interacting galaxies almost 90 million light-years away, toward the constellation Virgo. On the right, two, spiky, foreground Milky Way stars echo the trio galaxy hues, a reminder that stars in our own galaxy […]

July 4, 2016 [CLICK ON IMAGE FOR HIGH RESOLUTION] NASA’s Juno spacecraft was to fire its main rocket engine late Monday to slow itself down from a speed of 150,000 mph (250,000 kph) and slip into orbit around Jupiter. With Juno on autopilot, the delicately choreographed move comes without any help from ground controllers. The […]

After nearly a five-year journey, Juno enjoys a perspective on Jupiter not often seen, even by spacecraft from Earth that usually swing by closer to Jupiter’s equator. Looking down toward the ruling gas giant from a distance of 10.9 million kilometers, the spacecraft’s JunoCam captured this image with Jupiter’s nightside and orbiting entourage of four […]

‘… For we are not contending against flesh and blood, but against the principalities …’

June 25, 2016 10 Finally, be strong in the Lord and in the strength of his might. 11 Put on the whole armor of God, that you may be able to stand against the wiles of the devil. 12 For we are not contending against flesh and blood, but against the principalities, against the powers, […]