This is the book of the generations of Adam. In the day that God created man, in the likeness of God made he him; male and female created he them, and blessed them, and called their name Adam, in the day when they were created. — Genesis 5: 1-2

The World Health Organization (WHO) has announced that “sex is not limited to male or female.”

The WHO stated it is modernizing its “gender mainstreaming manual” originally published in 2011, saying that the guidance used by health professionals worldwide is being updated based on “new scientific evidence and conceptual progress” on gender, health and development. 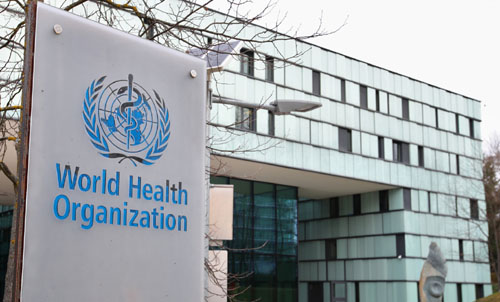 Who asked for WHO’s guidance?

The new guidance will update “key concepts around gender,” as well as expanding on the concept of intersectionality, which examines how “gender power dynamics” interact with other hierarchies of privilege or disadvantage, leading to differing health outcomes among those individuals.

The updated manual will also be “going beyond non-binary approaches” to recognize that gender identity exists on a continuum and that “sex is not limited to male or female,” the WHO says.

Asked for comment, the God of Abraham, Isaac, Jacob and Jesus Christ apparently does not do email. However representatives understood that He stands by the reporting of his Creation in Genesis 5.

The review and update of the 146-page manual, being done in partnership with the United Nations University International Institute for Global Health, was slammed by critics.

“It is a dismissal of basic biology – and [a] mistake,” Jenny Gamble, a professor in the School of Nursing, Midwifery and Health at Coventry University, told the Daily Mail. “Biology is a key determinant of health and illness.”

The new guidance could lead to unforeseen issues, Gamble said: “Not being clear about basic biology opens the door to a range of problems, including very poor health communication but also distorted data.”

“The wording regarding there being more than male and female sexes is concerning,” Dr. Karleen Gribble told the Daily Mail. “The website says that the handbook is being updated in light of new scientific evidence and conceptual progress on gender, health and development.”

CosmicTribune.com, WHO deems God wrong on gender based on ‘new scientific evidence and conceptual progress’

WHO deems God wrong on gender based on ‘new scientific evidence,’ ‘conceptual progress’ added by Cosmic1 on July 14, 2022
View all posts by Cosmic1 →